On Tuesday Seattle’s Proposition 1 failed to receive a majority of votes, meaning King County Metro will face severe cutbacks (the count is not yet final but a reversal is unlikely). Many routes will be eliminated or consolidated, and overall service levels will be reduced when buses are already overcrowded. As a whole, this cut means fewer options, less accessibility, and longer travel times. According to figures from Commute Seattle’s 2012 Center City Commuter Mode Split Survey Results 2012 bus travel accounted for over 35% of work commutes to Center City Seattle (loosely contained by I-90, Broadway, the Sound, and stretching into Uptown & Capitol Hill). This 17% cut is bad for business.

Opponents of Proposition 1 shot down the ballot with short-sighted and single-minded intent that will ultimately bring negative consequences to all Seattleites, regardless of their perspectives on Metro.For transit riders, cuts mean fewer buses, longer waits, and more uncomfortable rides as resources are stretched to new limits. For drivers, fewer buses will likely mean more cars as a segment of transit riders substitute private vehicles for  now unavailable or untimely transit trips. The already bad and at times terrible congestion will only increase.

Of course, the populations that will suffer most are the low-income, disabled, and elderly populations in which many rely on buses for transportation to work, medical facilities, and other essential services. Yes, the proposed car tab and sales tax increase were regressive – but reducing or even eliminating mobility for at-risk populations is even worse. For those who cite inefficiency, poor service, rising costs, and drivers’ wages – yes, these are legitimate discussions to be had. But to vote for massive cuts – that is a privilege not everyone can enjoy.

The cuts will begin to go into effect shortly and are expected to last at least until the fall. Until the state legislature fulfills its responsibility to fund transportation (2015, maybe) there is little Metro can do to sustain its current service levels. Meanwhile, Friends of Transit has proposed a small property tax increase to be placed on the November ballot. Even if such a measure were to pass, as I hope it will, it is going to be a long summer.

The shutdown really does affect everyone, everywhere in some way. 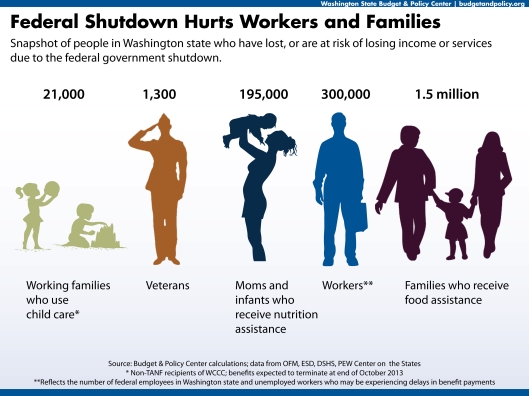